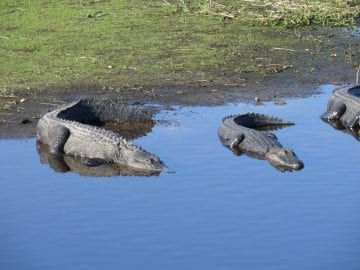 To shake things up we decided to write a series of article about animal’s heating and cooling systems.

While you may picture an alligator basking in the sun, it could survive in water that is just 40 degrees. Alligators are ectothermic, meaning cold-blooded, and their body temperature fluctuates with their environment. Because of this, alligators have to play an active role in controlling their body temperature by seeking environments keep them warm and cool enough. While they enjoy the Florida warmth, but get too hot over 92 degrees, alligators may lay in the sun with their mouths open in order to allow heat to escape, much like the way a dog pants to cool down. If the heat is too extreme, alligators will move very little during the say and instead become active at night.

When the temperatures dip too low, their inactivity becomes more extreme and they actually enter a dormant state. During the winter, alligators will dig burrows underground where they can remain dormant until spring. The burrows act as insulation just like insulation in your attic and walls keep you warm and save energy. Similar to a bear’s hibernation, an alligator’s metabolism slows in order to preserve energy. Unlike bears, however, the alligators’ version of hibernation can be interrupted for a few hours if the temperature rises for a day. Alligators can essentially “save up” their warmth by soaking up as much as possible in the fall. In the spring, they are looking to recuperate from the chilly winter and try to soak up as much warmth as possible.

Alligators have adapted some clever survival techniques over the last 150 million years. Last year, a few major storms threatened the alligators’ habitats in the Carolinas. Rather than be frozen under the ice or lay in the cold air, the alligators pushed their noses through the ice, allowing them to breathe while keeping most of their bodies under the water. They were able to regulate their body temperature by remaining in the water. 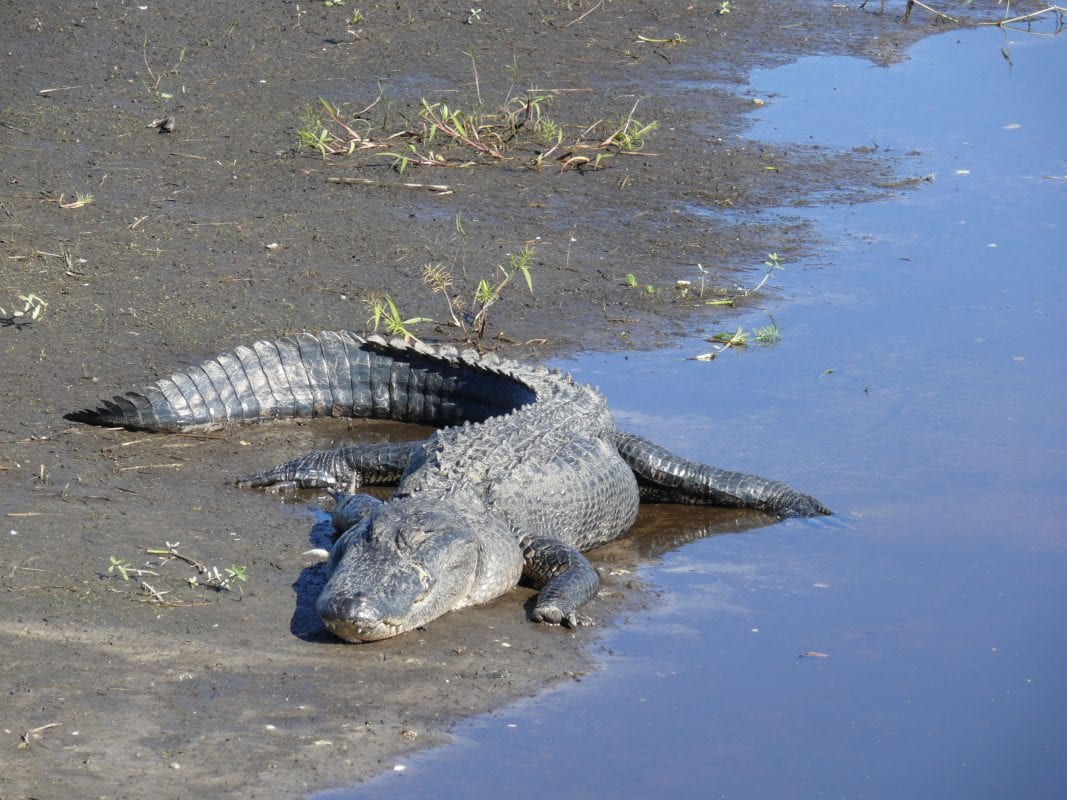