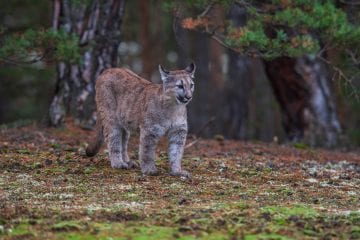 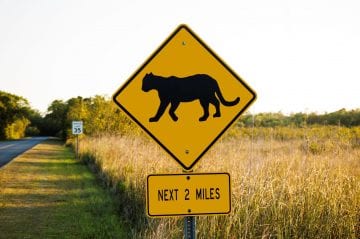 As the temperatures in Sarasota begin to rise and usher in the vibrancy of Spring, Florida residents seek to keep themselves cool and so does the local wildlife. Animals have found their own ways of coping and thriving in the heat.

Bobcats tend to avoid the hottest parts of the day simply by sleeping the day away in their dens. They create their den beneath rocks or within a hollow tree and hunt their prey through the night.

Geckos use the environment to regulate their body temperature because they do not have the same systems as mammals. They hid beneath rocks or in the dirt. They also drink water frequently to cool themselves.

Florida Panthers live in wetlands and swamps in order to keep their bodies cool. Their population is heavily concentrated in the Everglades. Panthers are nocturnal and hunt at night, when the temperatures drop.

Armadillos dig burrows, where they rest almost 16 hours a day. They feed primarily at dawn and dusk, when temperatures are more mild.

Florida Black Bears live in heavily wooded areas near swamps to stay cool. During summer they greatly reduce their caloric intake as compared to their habits leading into winter. Like dogs, bears pant rather than perspire. They shed their heavy winter coats, which are replaced by lighter and longer hairs that insulate their bodies from heat and sunlight. The longer hairs sway cooler air along their body.

Snakes are cold-blooded, but can still overheat in the summer months. They have to adjust their body temperature by moving into the shade or submerging themselves in water. Some Florida residents have even found water moccasins or black snakes taking a dip in their pools. Like humans, they appreciate the shade sometimes and the sun at other times.

Florida animals have all kinds of tricks to beat the heat. How do you like to stay cool when it gets hot outside? Tell us on Facebook.