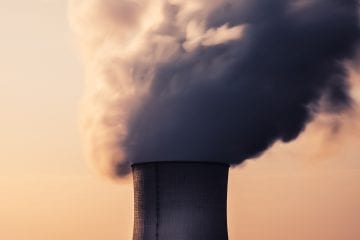 With the 1950s came the Korean War and with the war effort came a lack of copper ad steel supplies. This quickly took its toll in the electrical industry as it impacted production of electrical conduit and lighting fixtures. To add to dwindling materials, the war and the memories of the era of uncertainty Americans had just left behind caused the first stockpiling that involved panicked purchases of freezers. Not only did this further restrict the availability of crucial materials, but it also signaled a new level of energy consumption in people’s homes. This trend continued as  household air conditioners and “room coolers” became affordable and popular. To add an additional drain on the power supply, outdoor christmas lights came into vogue by 1952.

As people started to consume more and more power at home, the country started to diversify how that power was sourced. Necessity bred innovation and to meet need energy needs a whole new energy source was put to work. In December of 1952, a nuclear reactor was used for electrical power for the first time and had a successful trial run, however the technology is not put to practical use for another few years, but by the end of the 1950s another new power source was on the line- atomic power plants. 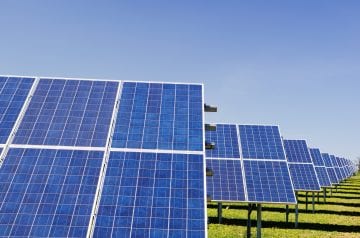 To adapt to all these changes in the changes in the short-term, aluminum was substituted for the copper and home electrical systems received an upgraded layout built with high-capacity wiring to serve the increasing household demands. Over the next few decades, electrical technology sees improvements and challenges. The introduction of an 8-bit personal computer embodies hope for the future and burgeoning new enterprises, while the tragedy at Chernobyl substantiates the deeply held fears of nuclear power and feels like an enormous set back to the power supply. Ultimately, the end of the 20th century required a shift toward green energy, stronger safety measures, and the modernization of the power grid.