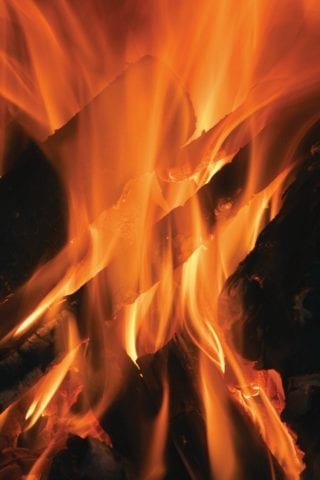 The history of heating technically began with man discovering fire, but thankfully significant advancements have been made since the time of Prometheus. People created open hearths and fire places to warm their homes. Greeks in Ancient Rome developed a system of centralized heating by circulating the heat produced by fire through flues in the ground. The Roman Empire then developed the first form of radiant heating with furnaces which heated empty spaces under the floors that connected to pipes in the walls. Unfortunately, both of these advancements fell with the Roman Empire and more primitive heating practices became the norm.

A few hundred years later, the first clay stoves became the norm for indoor heating. The following centuries ushered in the advents of wood-burning furnaces, chimneys, masonry stoves, and raised grates that promoted airflow. In 1741, Benjamin Franklin invented the Franklin stove, which used an inverted siphon to circulate the air and produce more heat and less smoke. In the late 1700s, James Watt developed a steam-based system utilizing a central broiler and a series of tubes. William Strutt then invents the first system that resembles the modern heating process of using a warm-air furnace to heat cold air which then traveled through ducts into each room. Franz San Galli continued the modernization of heating by inventing the radiator. Changing the source of energy needed for heating, Thomas Edison invented the electric heater in 1883.

After the turn of the century, Albert March became the “father of the electrical heating industry” after discovering Nichrome—a filament wire. Over the next several decades, forced convection wall heaters are invented using a combination of a coal furnace, electric fan, and ductwork throughout the home. The next major innovation comes in the 1940s when Robert C. Webber created the direct exchange ground-source heat pump, which is a refrigerant-based system that utilizes heat from the ground. New technology and modernization improved heating systems over the years and now there are so many viable options to heating a home. Electric or gas driven heat can be utilized through a centralized system with a furnace and ductwork, fan-forced convection heaters, and modern fireplaces all provide sufficient heat to entire homes or individual rooms. With the latest smart home technology, people are able to control their thermostat from their phone or have it learn their schedule and automatically set the temperature based on the time of day. Most homes in Florida rely on heat pumps to provide heating and cooling all season long.